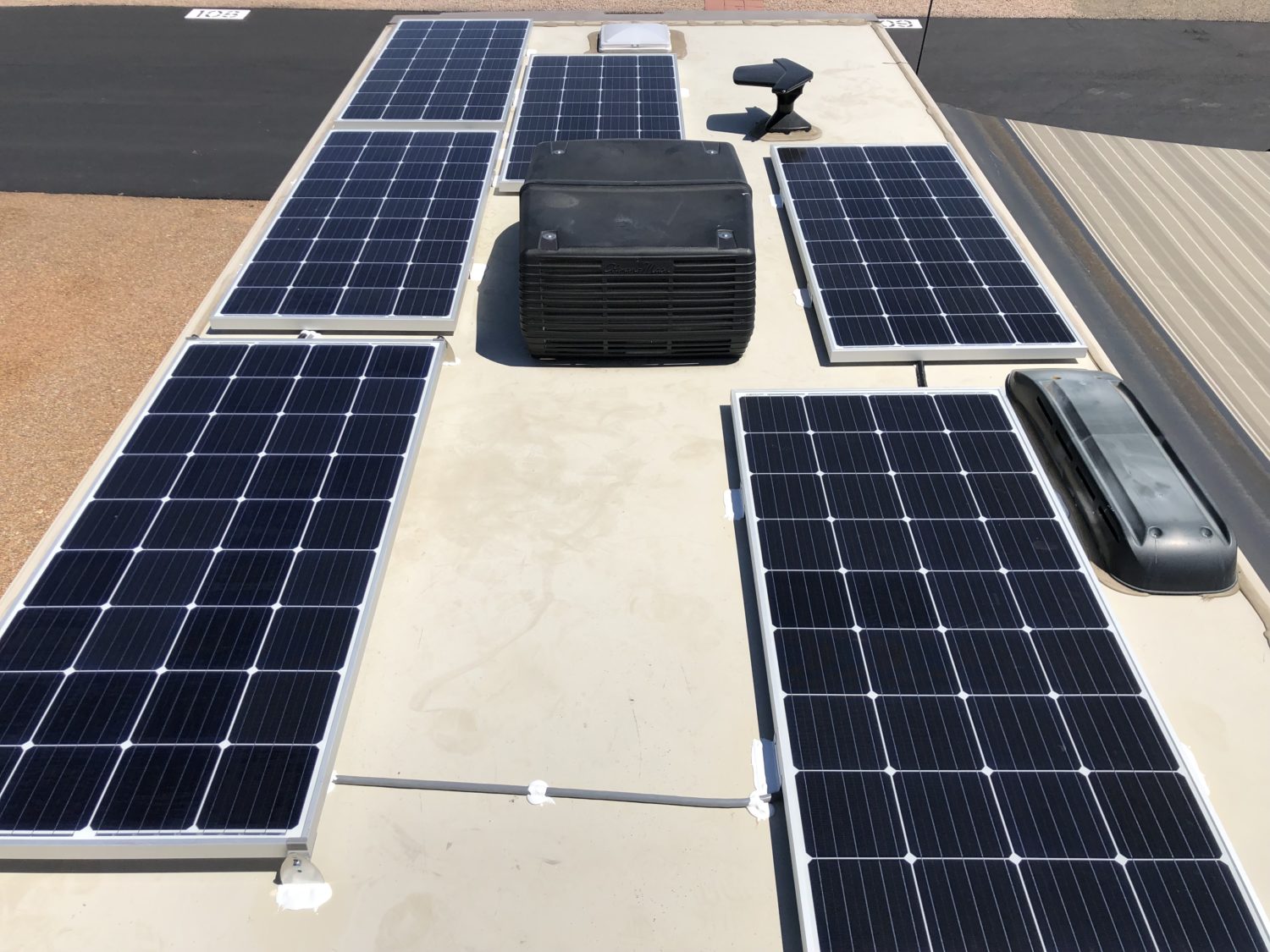 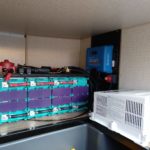 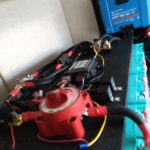 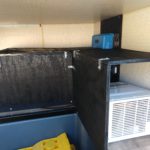 Lithium-Ion Battery bank, inverter, and controllers are all protected from being knocked around by a custom-built box. 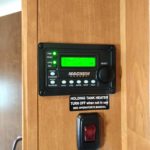 We installed the controller for the hybrid inverter setup above the existing control panel.

We completed this job on a 2017 Winnebago Minnie Winnie.  Our client wanted to replace his lead-acid batteries with lithium-ion batteries and install solar panels on the roof.  Part of the requirements for this setup include being able to run the air conditioner for many hours at a time, as well as run a couple of computers, wireless access point, and a cell booster 24/7, all from the batteries without needing to rely on using the generator or plugging into shore power.

The first big question was: where do we locate all of the equipment (battery/inverter/controller)?  The space under the step where the original batteries were installed just isn’t big enough for the job, not to mention the space was somewhat exposed to the elements, which is unacceptable for lithium batteries.  After some creative brainstorming, it was decided to remove the batteries from underneath the step and relocate the entire configuration to the rear storage compartment.  This gave us the ability to install a much larger battery bank and inverter than would have been possible otherwise.

We installed an 800ah lithium-ion battery bank, a 3000W hybrid inverter, and a solar controller in the basement storage area.  1050W of solar panels then went on the roof.  Wiring was run discretely from the roof to the inside of a cabinet, then under the floor of the house.  120V sub-panel was placed into the space where the main panel was installed, then the main panel was moved just below it into the space behind the existing panel cover.

The client was given an in-depth walk-through of all functionality, and had plenty of time to use the new system while we were here just in case he ran into any problems or had any questions.  We do this for our clients because we want them to fully understand the system they are purchasing before they drive off into the sunset with it.  This knowledge will provide for the longest battery life and the most overall enjoyment of their purchase.

Don’t hesitate to get in touch via our contact form today to discuss what we can do for you!